The Beatles Songbook project is born from the admiration of its members towards the enormous musical legacy inherited by The Beatles. The compositions, all of them unique and unrepeatable, are performed by an unusual instrumental group, which mixes the most deeply-rooted tradition of cultured music (the string quartet) and a purely jazz-like formation (the duo formed by vibraphone and piano).

In June 2014, the first album of this project was released, LIVE, recorded live, in a magical concert that took place on April 3rd, 2014, at the Teatro Echegaray in Málaga.

“Talent, freshness, enthusiasm and a dazzling technique …” [La Opinión de Málaga] “Original, daring and quality show” [Aforo Libre], are some of the opinions of the critics and the public after almost a year of performances throughout the Andalusian geography.

The Beatles Songbook is formed by the Cuarteto Granada and by the duo formed by Javier Navas and Jose Carra.

Download the PDF dossier of ‘LIVE’ The Beatles Songbook, with all the necessary information for its promotion, booking and technical details. 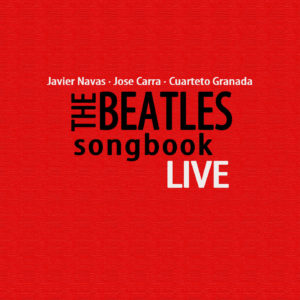